1) “Jawaharalal Nehru National Award” for popularizing the science and for promoting the scientific temper. Padmabhushana Late Dr. H. Narasimhaiah, President of the forum received the award from the Hon’ble Prime Minister of India at the 90th Indian Science Congress, held on January 3, 2003 in Bangalore.

2) National Award for popularization of Science by the National Council for Science & Technological communications,  Department of Science and Technology, Government of India. This is the highest Award. By now a record of 2,500 Science lectures and 6,00 film shows have been conducted under  the auspices of The Bangalore Science Forum. 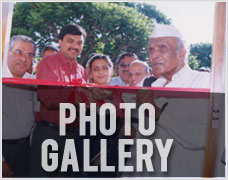